This route takes you to museums in Takarazuka. Each museum has fascinating content representing the unique characteristics of the city. The museums are easy to reach, being within walking distance of train stations. Encounter the culture of Takarazuka and see what this unique city has to offer. 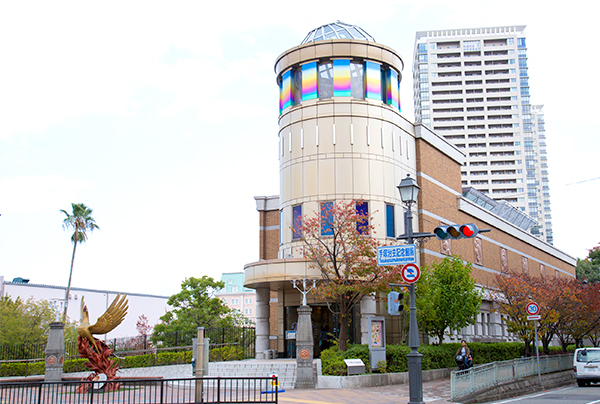 The museum with a glass globe on top 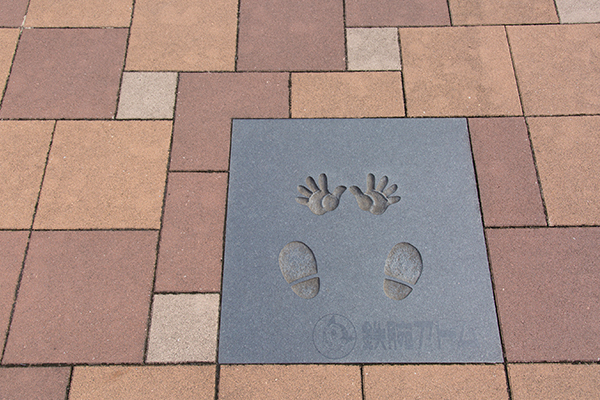 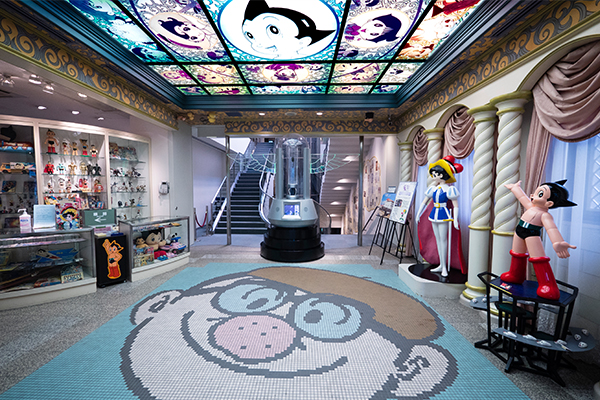 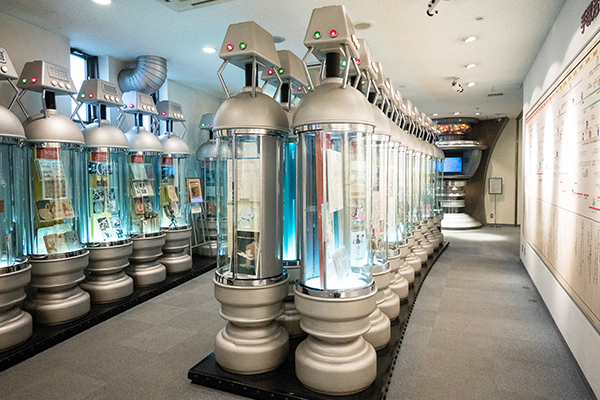 Takarazuka was where Osamu Tezuka grew up. His deep love of nature and his belief in the preciousness of life are the themes of this museum, which opened in 1994, five years after his death.
The exterior of this museum was designed to resemble an old European castle. The glass globe on top of the roof is a symbolic monument inspired by an essay written by Tezuka entitled Garasu no chikyū wo sukue (“Save our precious Earth”).
The museum houses a library where you can find most of Tezuka’s manga works, a reproduction of his workroom, an animation workshop where visitors can try creating animations, and more. For those who grew up with Tezuka manga, this museum will take you back to a world of dreams. 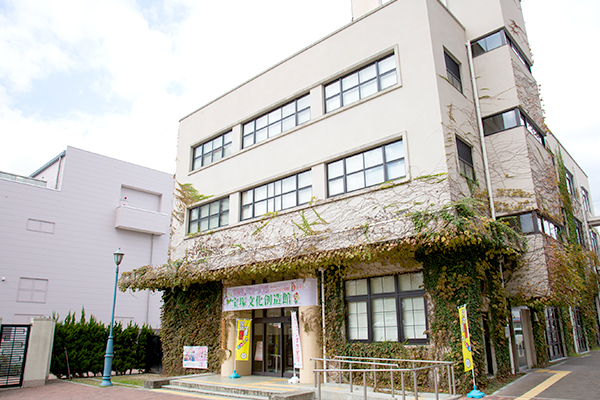 Built in the modernist architectural style 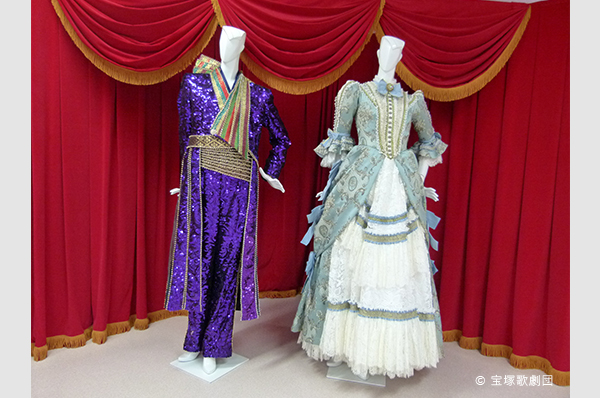 Costumes on display during special exhibitions 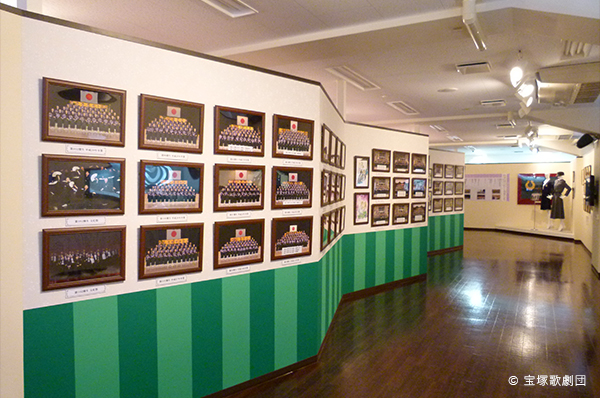 Find your favorite stars among these graduation photos 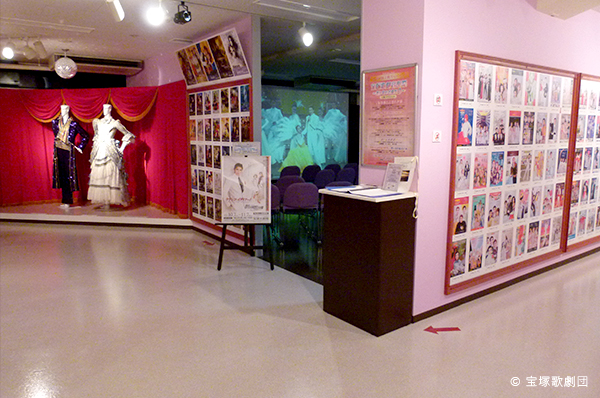 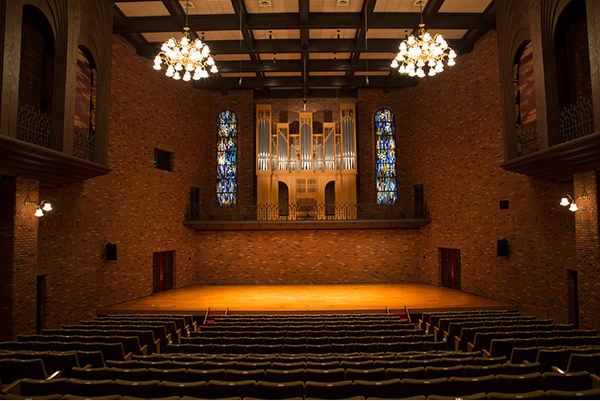 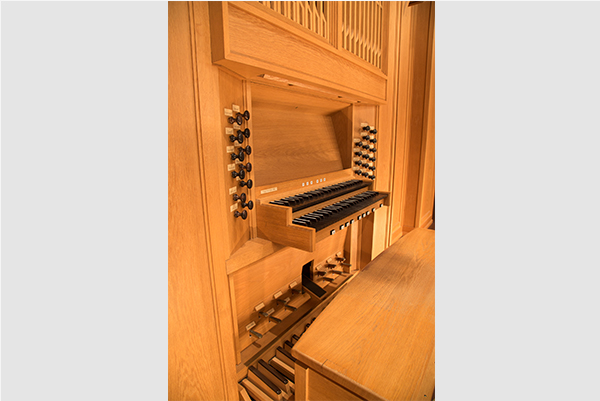 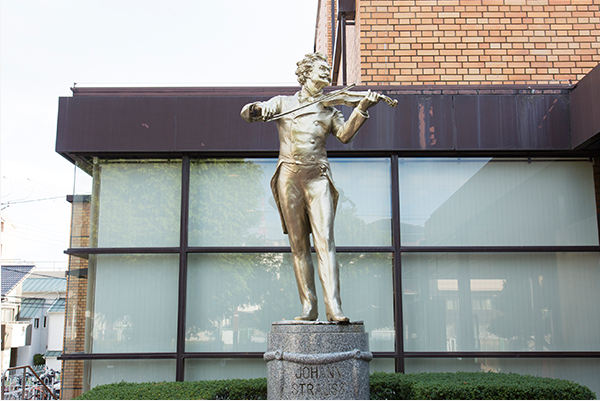 Vega Hall is a symbol of Takarazuka, a city of music. The hall has a full-sized pipe organ with a total of 1,468 pipes. And among its four concert grand pianos is a Model 290 Imperial, a flagship model from Bösendorfer of Vienna. The statue of Johann Strauss II at the entrance was donated in 2002 by the city of Vienna, a sister city to Takarazuka.
The Takarazuka International Chamber Chorus Contest—one of the world’s leading contests of this nature—has been held here since 1984. 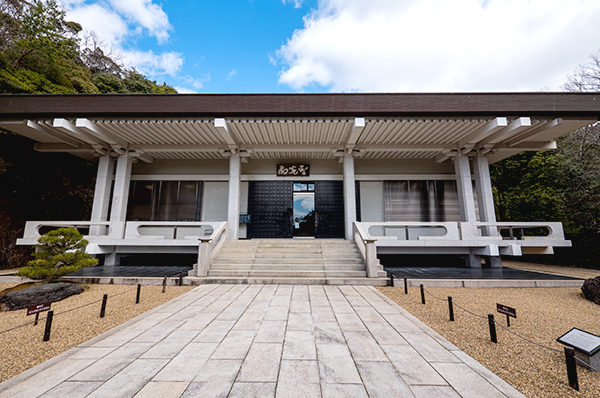 This museum is nestled in the furthest reaches of Kiyoshikōjin Seichōji Temple. Living from 1836 to 1924, Tomioka Tessai was a master of bujinga (“literati painting”). His work has been praised around the world for its free-spirited and original expressiveness. Tessai had a close friendship with the late head priest, which led Kiyoshikōjin Seichōji to collect Tessai’s work over the years. The museum owns about 2,000 pieces of Tessai’s works, including paintings, calligraphy, craftwork, and letters. Special exhibitions are held three times a year. Stop by when you visit Kiyoshikōjin Seichōji.