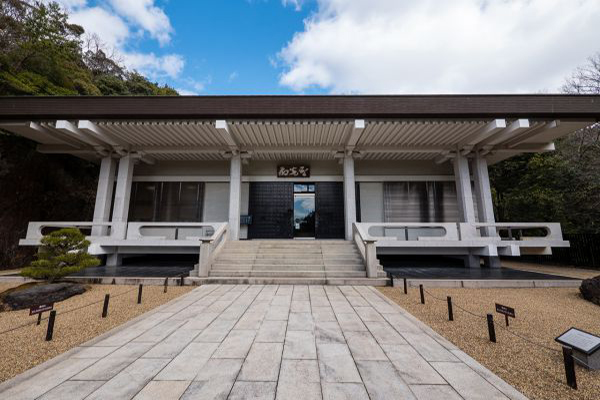 Tomioka Tessai (1836–1924) was a master of the Japanese art world. He created his own unique world of nanga, also known as bujinga (“literati painting”). Tessai had a close friendship with the 37th-generation head priest of Kiyoshikōjin Seichōji Temple, which led the temple to collect Tessai’s work for over half a century. A portion of the collection is on public display at the museum. The museum owns about 2,000 pieces of Tessai’s works, including masterpieces created in his later years.