Starting from Hirano Station on the Nose Electric Railway line, you can walk to several historical temples and shrines. Along this serene hiking course you’ll encounter Manganji Temple as well as two different shrines named Tadajinja (one is written “多太” in kanji, the other “多田”). The hike towards Hankyu Yamamoto Station gives you the chance to fully embrace nature. The highlight of this route is Saimyōjidaki Waterfall, where Hōjō Tokiyori (a 13th century Kamakura Shogunate regent) trained in the Buddhist discipline. Despite the waterfall’s proximity to the city, its solemn mountain atmosphere soothes the soul. The scenery on this hike changes as you make your way along town streets and mountain trails, alongside a golf course, and near temples and shrines. Stretch a little further to Aiai Park, a theme park modeled after an English town, where you can enjoy flowers and greenery.
Note: This route passes through Kawanishi city. 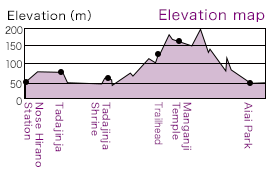 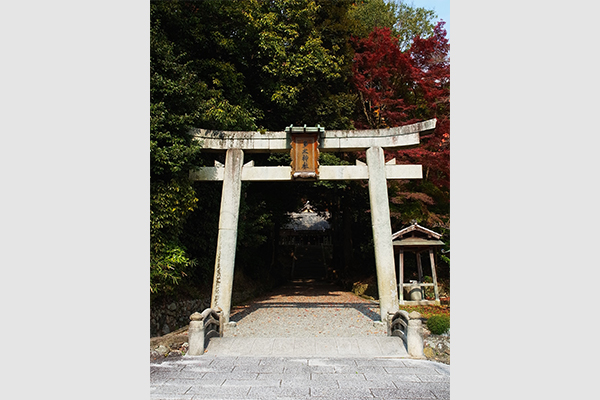 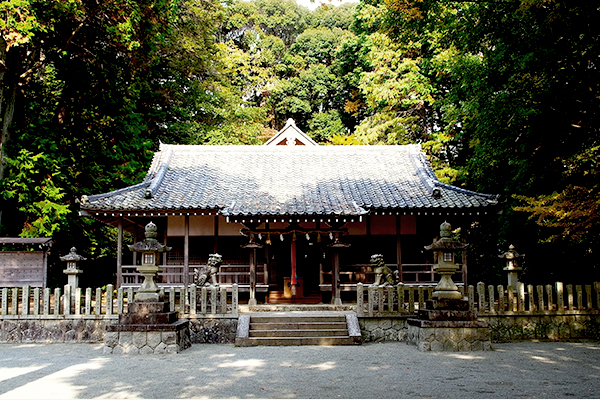 The first highlight of this route is Tadajinja, which is nestled in an area located five minutes away from Nose Hirano Station. It’s an old shrine founded in 1693. It features a small haiden (worship hall) surrounded by a quiet and peaceful forest. 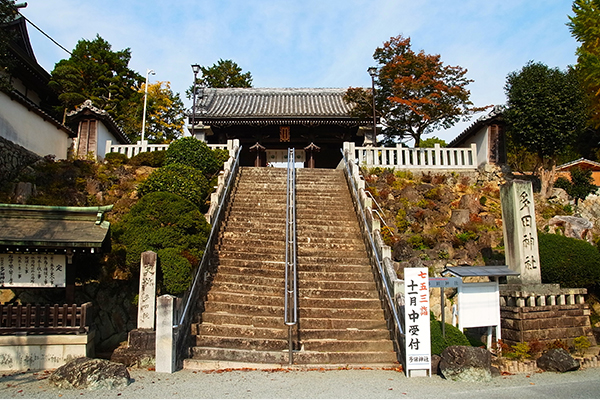 Walk up the stairs to Tadajinja 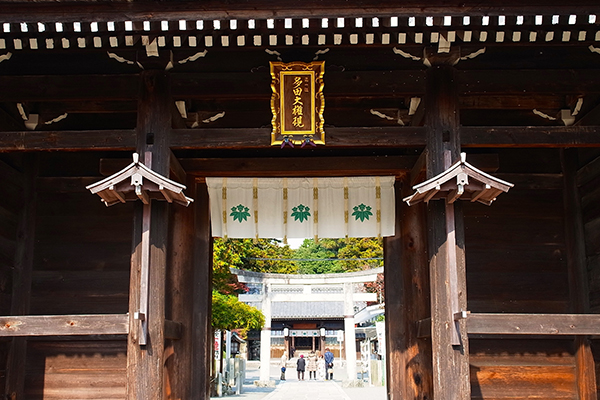 The nandaimon, torii, and zuijinmon gates follow one after another 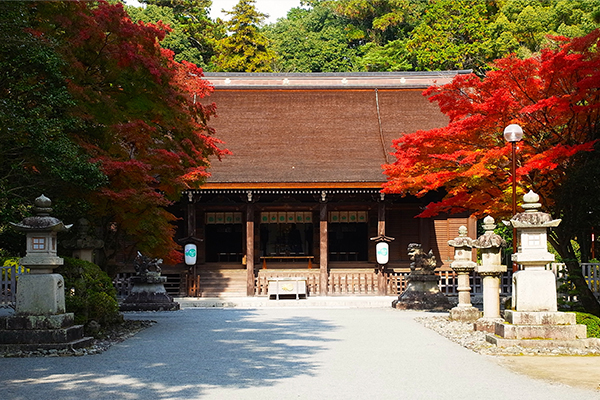 The worship hall is a nationally designated important cultural property 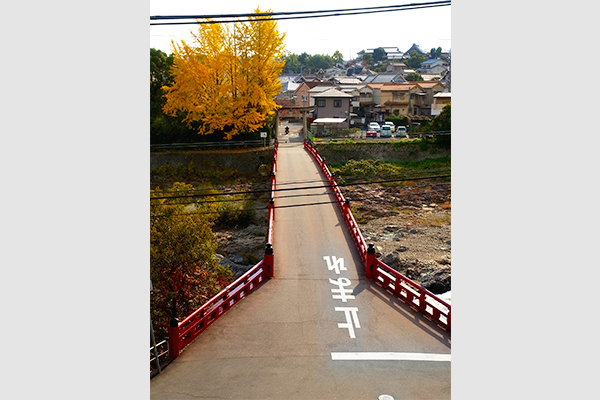 Tadajinja, also called “Kansai Nikko,” was founded in 970 and is known as the birthplace of the Seiwa Genji clan. Take the stairs to the nandaimon gate, enter the torii gate, and finally go through the zuijinmon gate to find the haiden (worship hall). Well worth seeing on the neatly swept shrine grounds are several fascinating structures designated as important cultural properties. The hilltop location affords a wonderful view—looking down through the nandaimon gate—of the sacred red bridge. 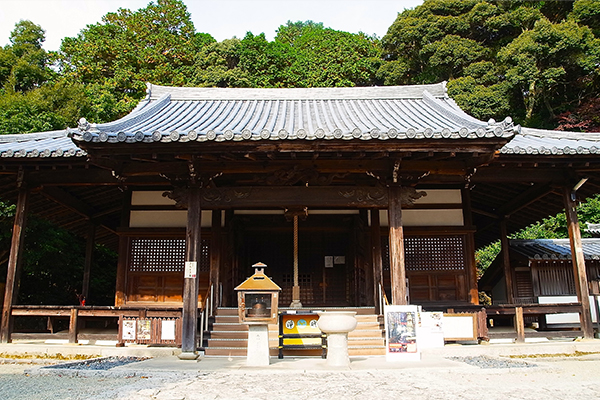 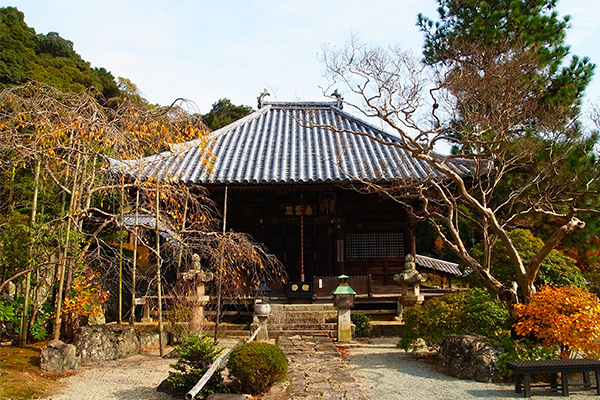 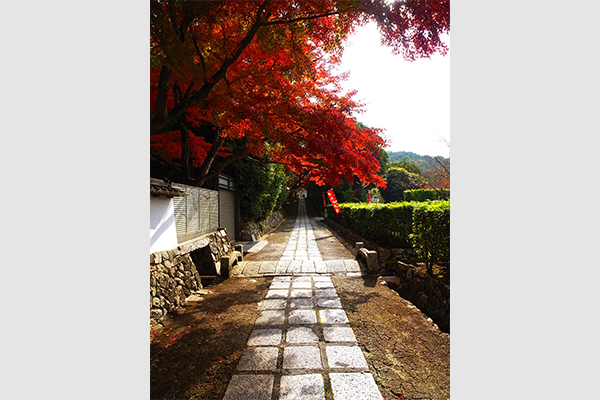 The long stone-paved approach to the temple 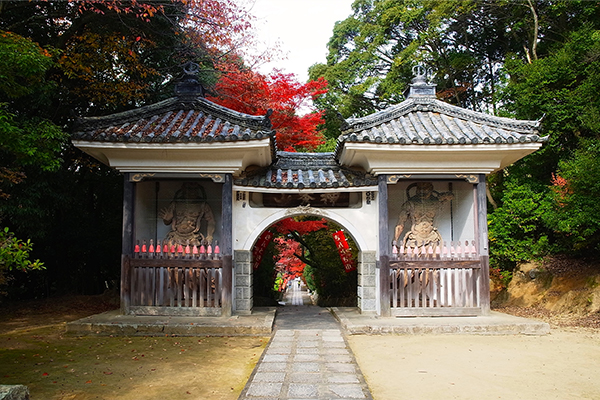 It is said that Minamoto no Mitsunaka, a 10th century samurai, was deeply devoted to Manganji, a temple where all your prayers are said to come true. Enter the kitamon gate, go to the kondō and kannondō halls, and onto a path that leads to a unique Western-style niōmon gate. The main object of prayer here is the Senju Kannon, which is usually concealed from public view. If you’re interested in Buddhist statues, how about visiting during higan (equinox), when the doors open to the public? 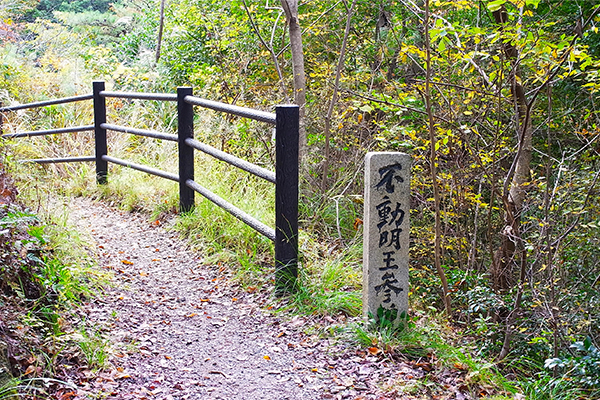 To go to Saimyōjidaki, look for the stone monument on the Fudō-myōō Path 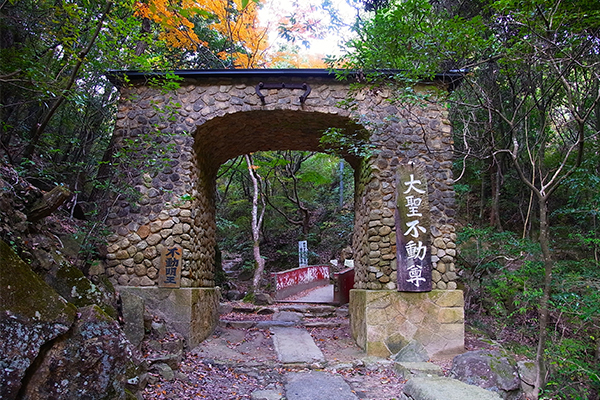 If hiking from Yamamoto Station, go through this gate and turn right 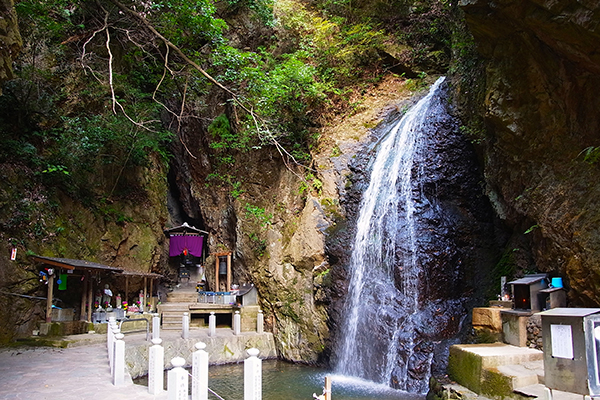 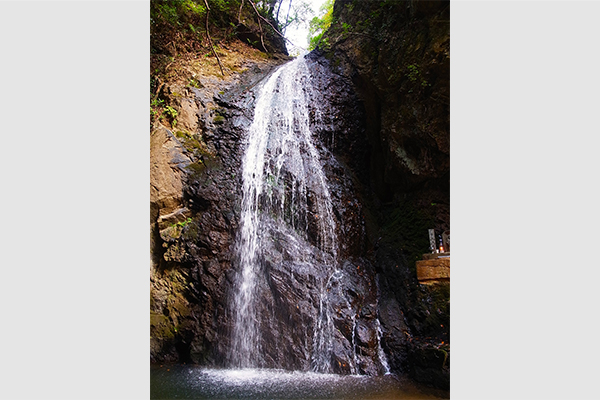 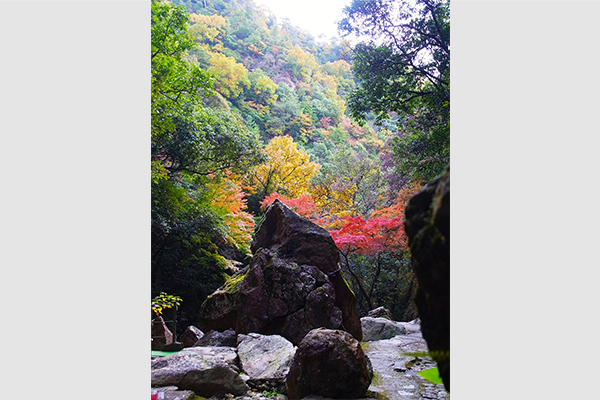 During the Kamakura period (1185–1333), Hōjō Tokiyori entered the priesthood and used the name Saimyōji Nyūdō. Because he trained at this waterfall, it was named after him. Identify the stone monument on the mountainous Fudō-myōō Path as a guidepost. Passing the Tatsumibashi Bridge and walking further on the path, you’ll find a gushing 10-meter-high waterfall. The area is filled with a mystical aura and a special healing energy. 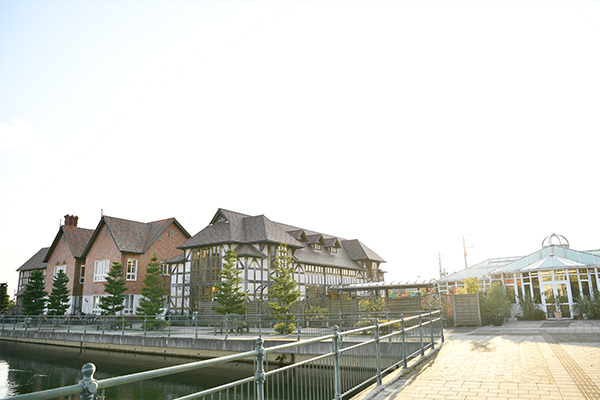 A theme park of flowers and greenery 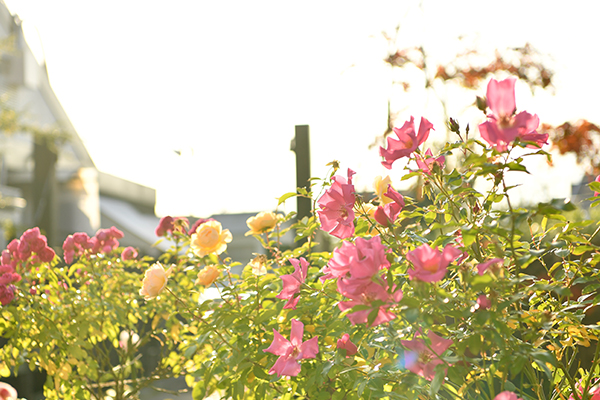 A wide variety of flowers welcome you 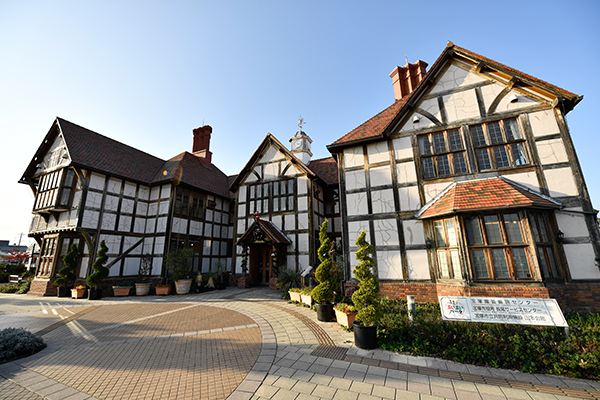 In Yamamoto, one of the three largest garden-tree-producing regions in Japan, you’ll find a gardening theme park called Aiai Park, which was modeled after 17th century Surrey (England). Aiai Park sells flowers, plants, trees, and gardening goods while providing information about plants and gardening. On the second floor of the main building, there’s a café with British-style items on the menu. Also, across from the building are English gardens as well as Japanese gardens that you can stroll about in. You can spend a whole day here relaxing and having fun.