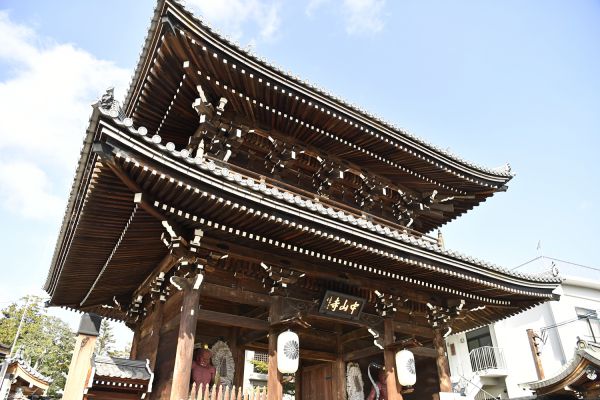 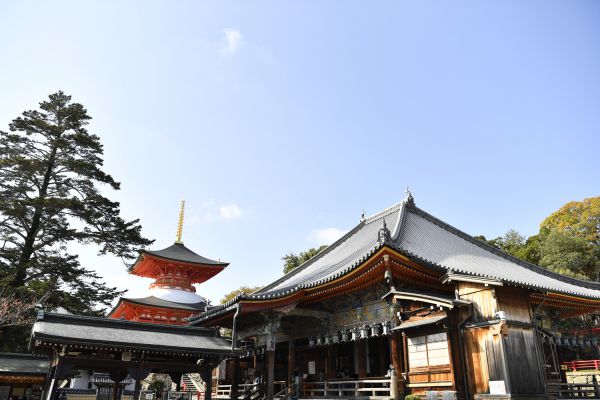 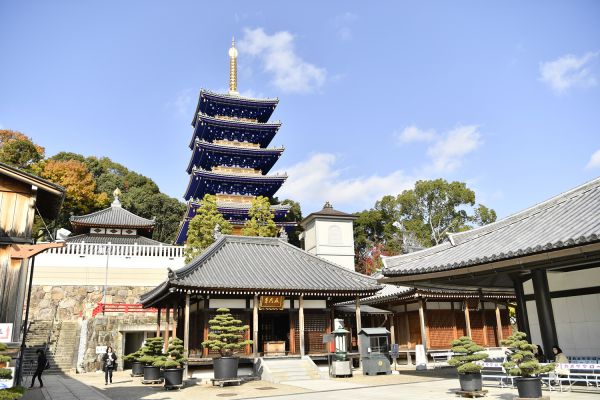 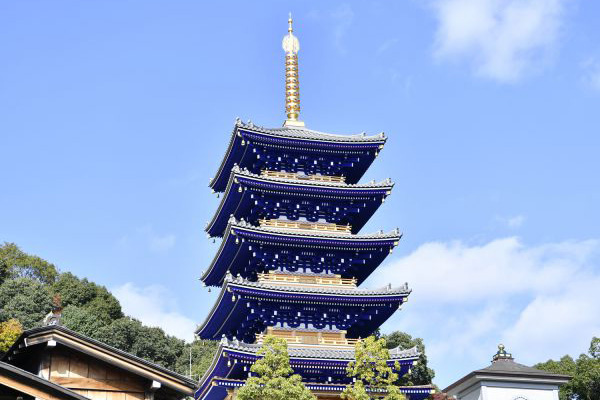 A temple to pray for a safe birth and pregnancy

Nakayamadera’s principal object of worship is the 11-headed Jyūichimen Kannon. It’s believed to be a statue that a queen of ancient India had made in her own image, in hopes of giving relief to other women. The faithful have worshipped the Kannon bodhisattva (the goddess of mercy) since ancient times in the hope that it would answer women’s prayers for safe birth, pregnancy, and the like.
The hemp cord of the temple bell is considered to house the power of the Kannon. Pregnant women who prayed for their safe delivery are given a maternity belt for safe delivery as a substitute for the cord of the temple bell.

• Choose your own power stone
Okuno-in, the inner sanctum of Nakayamadera, provides stone amulets that are traditionally believed to make your wish come true.
Choose a stone, purify it with the spring water gushing out on the precincts, have the priest write a Sanskrit character on it, and pray at the main hall with the stone. Carry it about with you in an amulet case. When the wish you prayed for comes true, write a character on the stone yourself and return it to Okuno-in.