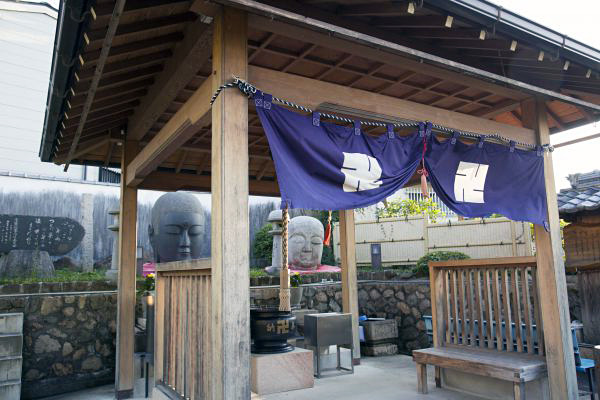 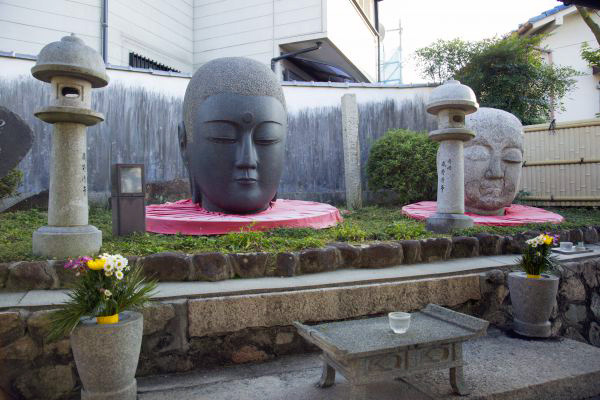 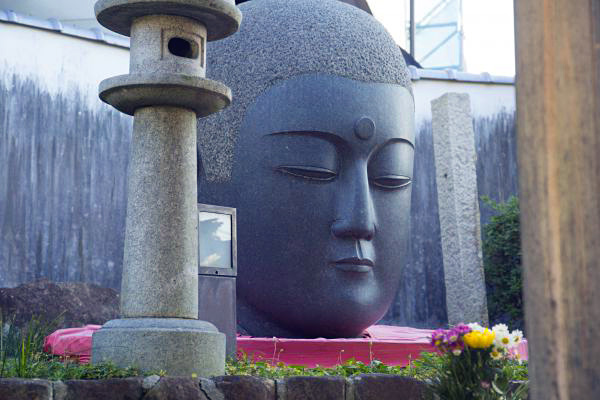 The heads of Jizō, popular among students

Two large heads of Jizō (a guardian deity of travelers and children) on a hill along the Umakaidō route. There are several theories about its origin: perhaps it was carried away from the upper reaches of the Mukogawa River by flood waters; or it may have been an Itami feudal lord who dedicated it as a token of his gratitude when his chronic headache was cured by a Jizō who appeared in his dream. It’s said that the statues have the power to cure neck and head-related diseases. Recently the statues are attracting students preparing for entrance exams because they believe that praying here makes them smarter.

Although it looks small in the photos, the head is 1.3 meters high and the ears are 60 centimeters long. Head statues this large are rare in Japan.