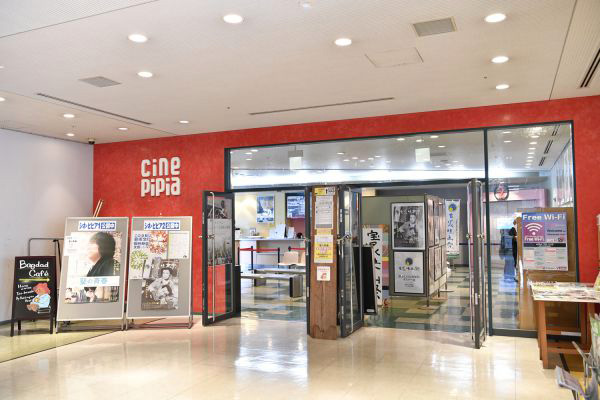 Takarazuka was once a city of film. In days gone by, it was home to a film production studio, where greats like Yasujirō Ozu and Keisuike Kinoshita shot their work. Cine Pipia is a publicly built and privately run movie theater. It’s categorized as a “mini theater” in Japan— a small movie theater that runs unique programs featuring art-house films and old classics. Despite its size, it boasts one of the best movie sound systems in Japan, with Dolby Digital and DTS delivered through Meyer speakers. Every autumn, movie buffs descend on Cine Pipia for the Takarazuka Film Festival.

• Every Tuesday, admission is 1,100 yen.
• Programs starting later than 17:00 are 1,300 yen for anyone on any day.
• If using the children’s day-care center on the 6th floor of Pipia Mefu, you’ll get a discount on both your movie ticket and the day-care fee.
On the same floor of the building is Bagdad Café, where you can order drinks and snacks to enjoy while watching a movie.